The beliefs of TLE®’s founding family

Michael Weissman opened his first childcare centre in May 1980, under the name The Learning Experience, with a passion for childhood education and a vision for how to make it engaging, effective and fun. Built on those values, the Weissman family grew TLE® over the next few decades into an innovative, respected leader in the daycare and early childhood industry. 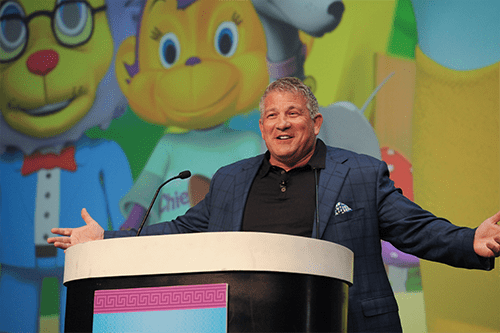 In 1987, Michael and his son Richard acquired Tutor Time, a childcare company with over 200 centers in 25 states and four countries, from which they retired in 1997 and 1999, respectively.

In 2002, the Weissmans re-entered the childcare industry and brought back the TLE® brand—with Michael as Chairman and CEO until his retirement in 2014, when Richard assumed both roles.